Clean Energy Collective (CEC) was honored as one of the 2014 SHIFT Sustainability Award Winners for its contribution to a healthier ecosystem, healthier communities and reduced resource consumption. More than 600 organizations were evaluated, and the top 50 were chosen for their “effective, innovative conservation and sustainability initiatives.” Dedication to Sustainability From its inception, CEC has strived to make solar … END_OF_DOCUMENT_TOKEN_TO_BE_REPLACED

– GUEST BLOG BY CORY CONNOLLY OF MOSAIC – Some of the most recognizable locations in the world are now becoming world famous solar sites. Solar has yet to go mainstream, but it serves as an icon of progress and technological advancement. Iconic structures and locations – new and old – across the globe are going solar and are reinforcing solar’s iconic nature. … END_OF_DOCUMENT_TOKEN_TO_BE_REPLACED

10 Reasons There’s Hope for Our Climate

– ARTICLE BY DAN UPHAM OF THE ENVIORNMENTAL DEFENSE FUND – Feeling pessimistic about our ability to turn the corner toward climate stability before it is too late? “We’re in the race of our lives,” Environmental Defense Fund President Fred Krupp said this week at the 2014 Aspen Ideas Festival, explaining that he understands why some are losing hope. “The … END_OF_DOCUMENT_TOKEN_TO_BE_REPLACED

Lawrence O’Neill and Craig Peterson discovered that their Great Meadows Ridge property in Putney, Vermont was not properly sited for a solar photovoltaic (PV) installation. “Yet, we wanted to benefit from solar,” Lawrence said. They learned about the Putney Community Solar Array, a 144 kW shared solar facility available to ratepayers in Green Mountain Power’s service area. Developed by Clean Energy … END_OF_DOCUMENT_TOKEN_TO_BE_REPLACED

A Putney, Vermont native, Nick Ziter is passionate about solar energy and dedicated to bringing the community-owned solar solution to Vermont homeowners, renters, businesses and municipalities. With deep family roots in the Putney/Brattleboro area, Nick founded SunFarm Community Solar, which teamed up with Clean Energy Collective in 2013. Together, the companies collaborated to construct a 144 kW group net-metered solar … END_OF_DOCUMENT_TOKEN_TO_BE_REPLACED

– ARTICLE BY THE DENVER BUSINESS JOURNAL STAFF –  Cathy Proctor, who covers energy, construction and transportation for the Denver Business Journal, was honored Monday by the University of Colorado Denver’s Wirth Chair in Sustainable Development for her coverage of the energy industry in Colorado, specifically the contentious debate over hydraulic fracturing. Proctor, who joined the DBJ staff in 2000, was recognized by … END_OF_DOCUMENT_TOKEN_TO_BE_REPLACED 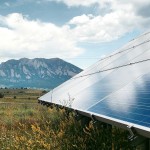 – ARTICLE BY DIANE CARDWELL OF THE NEW YORK TIMES –  Like many consumers, David Polstein had already done much to reduce energy use in his large Victorian home in Newton, Mass. He replaced his appliances with energy-efficient models, installed better heating and put in new insulation. But he was unable to get a solar system to reduce his utility … END_OF_DOCUMENT_TOKEN_TO_BE_REPLACED

For a year, David Schmidt of Corcoran, Minnesota contemplated installing a residential solar electric system installed on his property.  But the commitment to spending thousands, even tens of thousands of dollars on a personal solar array was daunting. “I wasn’t ready to jump into a private installation,” David said. “It was too expensive.” Through his local utility, Wright-Hennepin Cooperative Electric … END_OF_DOCUMENT_TOKEN_TO_BE_REPLACED

How Will the EPA’s Clean Power Plan Regulate Carbon Emissions? 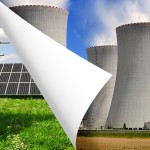 – GUEST BLOG BY BOB SHIVELY, PRESIDENT OF ENERDYNAMICS – On June 2, 2014, the EPA released its Clean Power Plan proposal that, if implemented, will for the first time regulate carbon dioxide (CO2) emissions from existing power plants at the U.S. federal level.  The proposal was released after many years of Congress failing to act on greenhouse gas regulations. … END_OF_DOCUMENT_TOKEN_TO_BE_REPLACED

– ARTICLE BY JOLIE LEE OF USA TODAY –  The summer solstice is Saturday at 6:51 a.m. EDT — the moment the sun shines directly on the Tropic of Cancer, an imaginary line north of the equator. This is the first day of astronomical summer and also the longest day of the year for people in the Northern Hemisphere. Washington, D.C., … END_OF_DOCUMENT_TOKEN_TO_BE_REPLACED